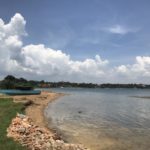 Turn left and leave it all behind 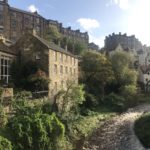 Love, a loch and an empty seat
My writing
The flowers we laid around their heads
January 18, 2019 by Cassidy Parker in My writing

I don’t know how to write about this. I don’t even know if I should. But I don’t know what else to do with my body today, and with the emotions and thoughts that rage within it like bees trapped inside a glass jar.

Instinctively, I open a blank page and stare at its blinking cursor. I pause. Two heartbeats pulse from deep within me and reverberate throughout my body. They whisper two names. Brendan. Meruschka. I start to type.

In the seven months between 21 June 2018 and 15 January 2019, we lost both Brendan and Meruschka to cancer. We: the close web of people I am fortunate to call my friends, my family, and to which both were integral. We, and so many, many others who loved them – love, present tense – and who feel their loss as something impossible and incomprehensible.

The day Brendan passed away, Sandy invited us to their home, where we walked down the corridor to their bedroom where he lay. He looked so small, dressed in white cotton pants and a white cotton shirt against white cotton linen. No longer the big, sturdy man I so loved to hug. 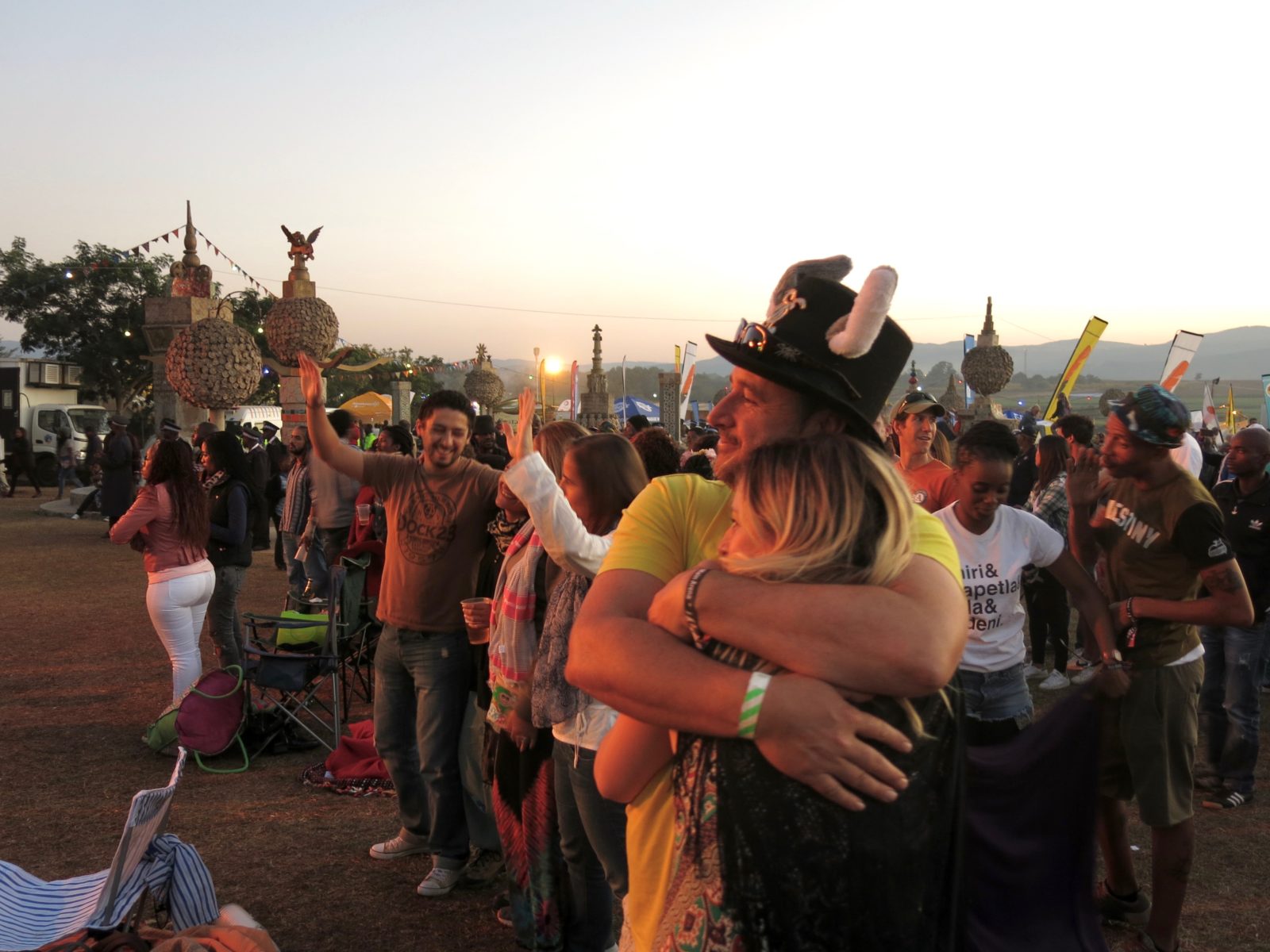 His body was surrounded by flowers. They edged his head, neck, arms, chest and legs in bright reds and yellows and greens. Two large red daisies covered his eyes; a yellow flower lay near his heart.

I took a seat beside the bed, on the very chair he sat on the last time I saw him, two weeks ago to the day. A few of us had come over for dinner that night and, because there was no power, had spent most of the evening in the bedroom talking by candlelight. We spoke about how he was feeling, we shared stories and we laughed. It felt like we were the only people in the world and that this time together was all that mattered.

On the day of his death, there was laughter too. Tears and stories shared, but also laughter. About the mischief he got up to over the years, his wicked sense of humour, his larger-than-lifeness, his playful nature, his deep warmth and sincerity. Those hugs. We spent the day with each other and with him. Even as it happened, I realised that the experience was embedding itself in my mind forever, was drawing indelible lines across my heart. It was a lesson on how to mourn and how to love. They were lessons I learnt all over again at his memorial a little over a week later.

Meruschka, in Hindu tradition, was cremated yesterday, just two days after her death. Her funeral was attended by a rich variety of people that so beautifully represented her rich and varied life. We observed the rituals as they were practised by her family; we paid our respects at her casket, gazing at her face, at the white bindi painted between her eyebrows. “Do not cry,” her father said to me as I hugged him. “You must live.” The speeches celebrated her love for life, her contagious vibrancy, her ability to draw people together, her never-say-no attitude, her smarts and her talent. We laughed and we wept. 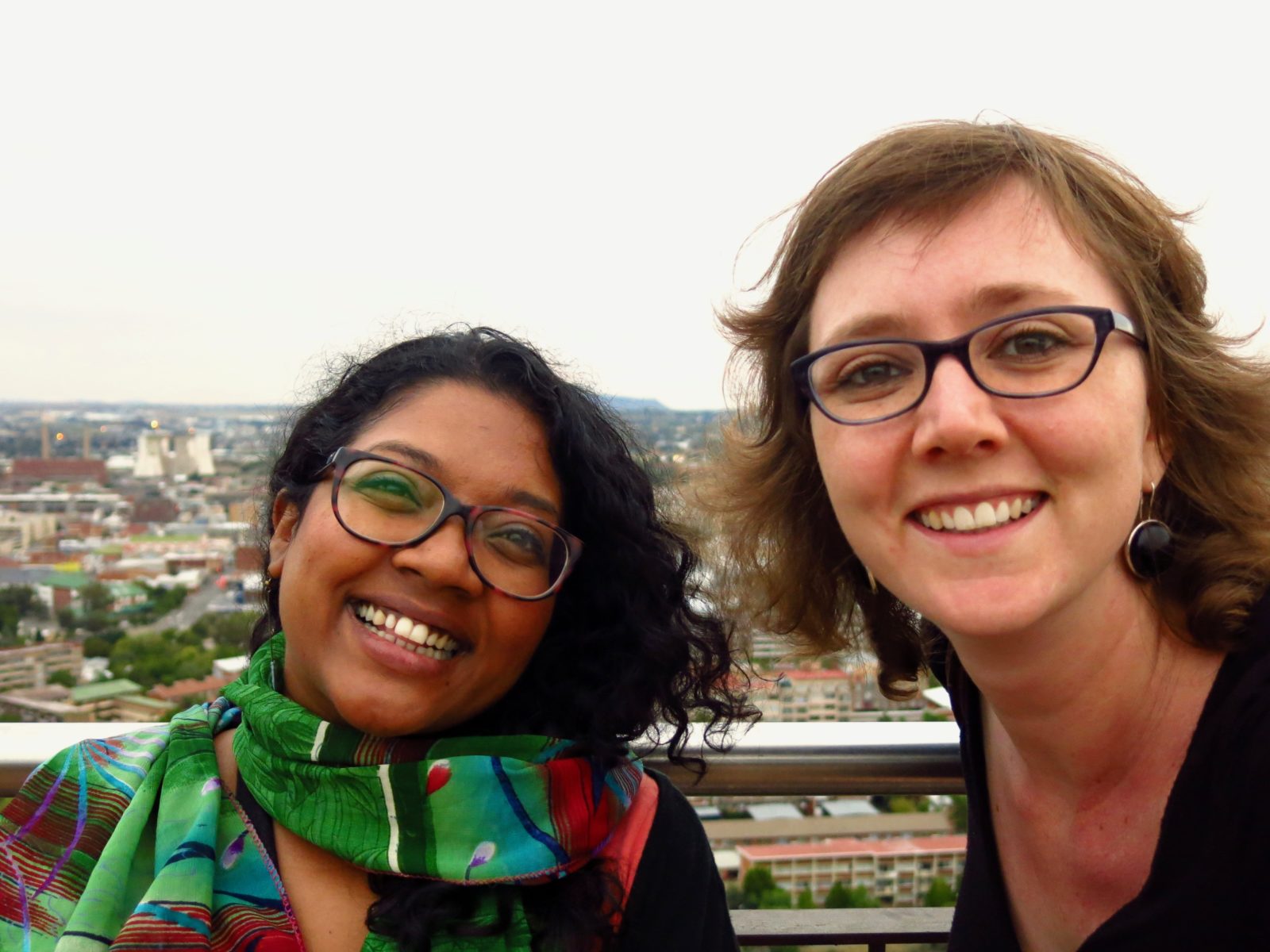 As her closest family went through the final rites, Caroline, sitting beside me, pulled my hand onto her heavily pregnant belly. “She’s kicking,” she said to me. “Maybe she’ll kick for you.” We sat there, the three of us, Caroline’s hands resting on top of mine, my head on her shoulder. The baby was quiet, no kicking for now, this was a sombre moment. But the experience of being so close to new life while in the presence of death cut straight through me. Circularity and fragility.

At the crematorium, we laid white rose petals around Meruschka’s head and we whispered our blessings and our love.

Afterwards, back at her aunt and uncle’s home where the funeral was held, we shared a warm, nourishing and flavourful meal. There was a sense of release and relief. Eyes eventually dried as we got to know each other, and as we shared our stories of her. When the storm hit in the early evening, with wind and thunder and lightning and rain, we danced barefoot in the puddles.

I came home exhausted, suddenly bereft, and sat on the floor, my back to the wall. And I remembered what it is like to cry – truly cry. Vast, uncontrollable, heaving sobs. Sobs that inhibit your breath and shake your world. For Meruschka and Brendan. For the people I love who have lost the people they love. For other things I have loved and lost. For the desperate price of love.

These experiences have nurtured a deep respect for ritual and ceremony in me, and for the profound catharsis they provide. And they have taught me about the painful comfort that can be found in looking at the physical form that once held someone you love, and realising that something essential has shifted. Now, the sense is that it resides more in you – in you as an individual and in the great, loving, collective you – than anywhere else. It is a tragedy and it is a consolation.

Brendan and Meruschka, how we love you, how we miss you.