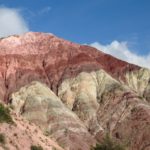 The dinosaur of the Argentine 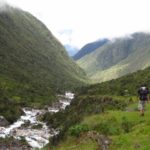 Move your body
Bolivia
Impressions of Bolivia
February 28, 2013 by Cassidy Parker in Bolivia

My weeks in Bolivia have passed by with ease and fluidity, with a gentle contentment and a wide-eyed wonderment. Instead of running my fingers over a keyboard, I have run my feet across the country. I have gazed at new faces and outfits; explored unknown cities, towns and villages; eaten at colourful, chaotic markets and street-side food stalls; and marvelled at impossible landscapes, donned my takkies and discovered them up close. I have loved Bolivia. This is why.

Three weeks ago, in torrential rain and on the eve of Carnival, which grips the entire continent in early February for four days of hedonistic mayhem, I arrived in the small town of Tupiza, in Bolivia’s south. Cowboy country, rough and rugged and famed for its proximity to the place where Butch Cassidy and the Sundance Kid supposedly met their bloody ends, it wasn’t long before the mountains beckoned. With friends new and old, I went exploring, first on foot and then on horseback. Unfortunately, the latter only taught me that, though I share Butch’s name, I do not share what I imagine was his natural riding talent.

The Saturday afternoon of Carnival brought with it heat, anticipation, drumming, dancing, adolescents attacking each other and every passing gringo with water balloons and shaving cream, women selling snacks and treats, men drinking a variety of local tipples, and a sense of joy and elation.

Above, in the early afternoon, the small town of Tupiza prepares itself. Below, later on, the pandemonium begins

With Carnival over, my time in Tupiza came to an end. Before I left, I stopped at the market to buy padkos for my bus trip. This particular sight, I just loved.

From Tupiza, I journeyed seven hours north to Potosi, a small city known for its altitude (it sits at over 4,000 metres above sea level) and its history of being one of the world’s wealthiest cities during its colonial years. The silver beneath its surface funded Spain for centuries. Now, however, its mines are famous only for their working conditions, advertised as being some of the most inhumane in the world. As a tourist, you are able to visit the mines, to give the miners – some of them children – gifts of coca leaves, food and alcohol, and to witness the squalor in which they work. Many tourists surface in tears. An ethical embarrassment at this situation, and my prior knowledge of the mining industry in South Africa, prevented me from participating in this kind of tourism. I’m still unsure as to whether my decision was simply an act of cowardice.

Above ground, Potosi was more enchanting than I imagined it to be. Spanish remnants remain: cobbled streets, quaint balconies, and a plethora of churches.

But Potosi did not hold me long and I continued north – to the city of Sucre and to my 27th birthday. My birthday perhaps does not merit a mention, strange and relatively solitary time that it was, but it taught me – once again – that life does not stick to the script that you write for it. I also learnt that moments of loneliness shift the instant a friendly stranger insists on taking you out for cocktails and chocolate cake, and that messages from friends and family near and far, and a gift carried across the ocean from my wonderful brother and sister-in-law, make all the difference.

But Sucre was not about birthdays for me, it was about the markets. The city’s mercado central held, without a doubt, some of the most deliciously sweet fruit I have ever tasted: apples sharp and crisp, grapes fit for the lips of Cleopatra, mangoes smooth as butter, bananas to make you weak at the knees. This, in addition to mountains of potatoes, of avocados, of almonds, and to the meat market that left nothing – nothing – spare. Every kidney, intestine, brain and beak was for sale.

A few hours from Sucre, I saw the region’s colours in all their glory and tried to imagine uses for 500 brightly coloured tablecloths.

There was a hike in Sucre too, but it was greatly surpassed by the hikes that have followed it in recent days – around the cities of Cochabamba and La Paz. Stories, perhaps, for another day.