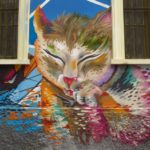 The imaginations of Valparaiso 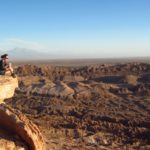 Infinity in the palm of your hand
Chile
Feeling the heat
January 21, 2013 by Cassidy Parker in Chile

Chile’s intercity public transport system is impressive. Buses leave precisely – precisely – on time; those that don’t are met with flailing arms and frustrated wrist-tapping by the next drivers in the queue. The seats recline like dentists’ chairs and the country’s seatbelt laws are both strictly enforced and strictly adhered to. A small screen inside the bus indicates the driver’s speed in real time to all passengers, and the moment 100km/h is exceeded, a small alarm sounds and the driver is forced to slow down. I have not yet missed a scheduled arrival time. So yes, impressive.

With that, it was almost a relief to find myself on a local bus three days ago. A bus to which the seatbelt laws don’t apply because no seatbelts exist. A bus for which closing the front door is optional, and depends on whether the fresh air-to-dust ratio lies in the former’s favour. A bus that makes up stops as it goes along, based on the needs of the farmers within its rattling frame. A bus that holds only a handful of travellers, all of them Chilean – oh, and one very white gringa.

I spent the weekend trying to explore Chile’s Elqui Valley, the heart of the country’s pisco production (a type of grape brandy, over which Chile has long disputed claim against Peru). Trying, but mostly failing. To say that the area is hot is like suggesting that Lance Armstrong might be guilty of doping. Above, the sun hovers like an enormous element, below which the grapes thrive in their green luminosity, the mountains scorch and sizzle and, within this oven, my body learns the true meaning of sweat.

Pisco plantations and mountains in the distance, parched of all colour in the midday heat

You know it’s hot when the dorky hat comes out

My days in the small village of Pisco Elqui see my arms coated in a glimmering sheen. Sweat pools in the notch at my throat and under my breasts, and a steady stream follows the path from the top of my head down my spine and into the crevice it finds below my coccyx. I attempt and abort many a hike, my heartbeat and the heat humming in my ears, often resigning myself to naps in the shade where flies settle on my damp flesh, irritate, and are lazily swotted away. By night, mosquitoes launch carefully orchestrated attacks on my cheeks, arms and knees, their whining dive bombings waking me repeatedly. Hot and restless, I toss and turn.

My days are solitary, though far from lonely. I meet no other English-speaking travellers and though my Spanish is improving – I practise it in the bus by playing sudoku: uno dos tres cuatro cinco seis seite ocho nueve (just kidding) – I am still far from conversational. I try my best but generally keep to myself and it occurs to me that travelling in a country where you don’t speak the language reveals a different side of your personality. I am shyer here, a little more self-conscious, and frustrated at times that my experiences and interactions are so limited by the words and phrases I am able to say. Languages don’t come easy to me, I’ve realised, but I am trying.

The region has some truly amazing fruit, both fresh and dried. The sundried figs below, though they may not look it, were the best I’ve ever had

Back in La Serena now, with the rings of salt washed from my clothing and the pink glean my legs acquired already fading, I begin to plot my route north. I think I will be in Bolivia within a week, but there is a desert to visit on my way, the driest desert in the world, or so they say, the Atacama. Tonight, a fresh seafood dinner with new friends, and finding comfort in a little English.