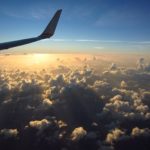 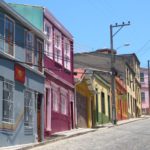 All the world’s a canvas
Chile
Don’t judge a country by its capital
January 13, 2013 by Cassidy Parker in Chile

Santiago’s blue skies blister down as I take to the streets. I never actually confirm this, but for the duration of my five-hour walk I have the distinct feeling that I am leaving part of the sole of my shoe behind with every step – a trail of sticky black plastic melted to the pavement follows me, I’m sure of it.

Scorching cement and sweat rings besides, my forray into Santiago leaves me content and reassured. Content beause I am unemployed, in a foreign country, and armed with a water bottle, a camera and melting slip slops (spot the tourist). Reassured because I am reminded, once again, how much I hate big cities.

It’s a generalisation, but major cities rarely excite me. I find them boisterous places, often so similar as to be indistinguishable: lots of people, lots of traffic, lots of buildings. Yes, the architecture varies from place to place, the language spoken may or may not be one you understand, and a distinct flavour might be found. But the immense cosmopolitanism and anonymity of The Metropolis usually just leaves me feeling overwhelmed and lonely. I begin to crave something authentic, something uniquely Tanzanian, Moroccan, Chilean, rather than a myriad of attributes reminiscent of a hundred other cities.

(Adela Quested haunts my travels. Am I forever, condescendingly, searching for the Real India?)

At times Santiago feels a little like Buenos Aires, though neither as grandiose nor as beautiful, at others I could be on dusty Cairo Road in Lusaka, never a compliment. Walking through the bohemian suburb of Bellavista I am at once in Saigon’s markets, with cheap Chinese goods in abundance and then, with the simple turn of a corner, quite definitely in Obs in Cape Town. Though its history dates back to 1541, Santiago feels utilitarian and without identity.

I’ve begun to wonder whether my associations of big cities are usually born of my own feelings rather than a sense of the cities themselves. I happened to be in love in Paris, I happened to be happy in Istanbul – actually, the latter is a terrible example, I would love Istanbul no matter the state of my head and heart.

Point disproven then. But my generalisation still stands – generally. Santiago, for me, was charmless. Which is not to say that I wouldn’t find it saturated with charm were I to live here. Just a few months of calling myself a Torontonian had me fall in love with it – a city I’d always written off as a North American concrete jungle. But I will not be giving Santiago the opportunity to win me over. I leave for Valparaiso tomorrow, a smaller city on the Pacific coast, famed for seafood, colourful homes clinging to mountainsides and Pablo Neruda.

The Adela in me is secretly, guiltily thrilled.

Street art in Bellavista and, below, fishy heads in Mercado Central