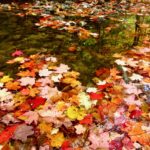 Fall on your feet 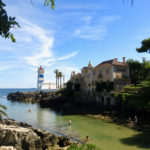 Seven lessons in seven months of freelance
My writing
The fierce fortunes of transient love
May 26, 2017 by Cassidy Parker in My writing

“You can’t be serious. It’s snowing.”

“Which is why you’re going to need my coat. Put it on.” 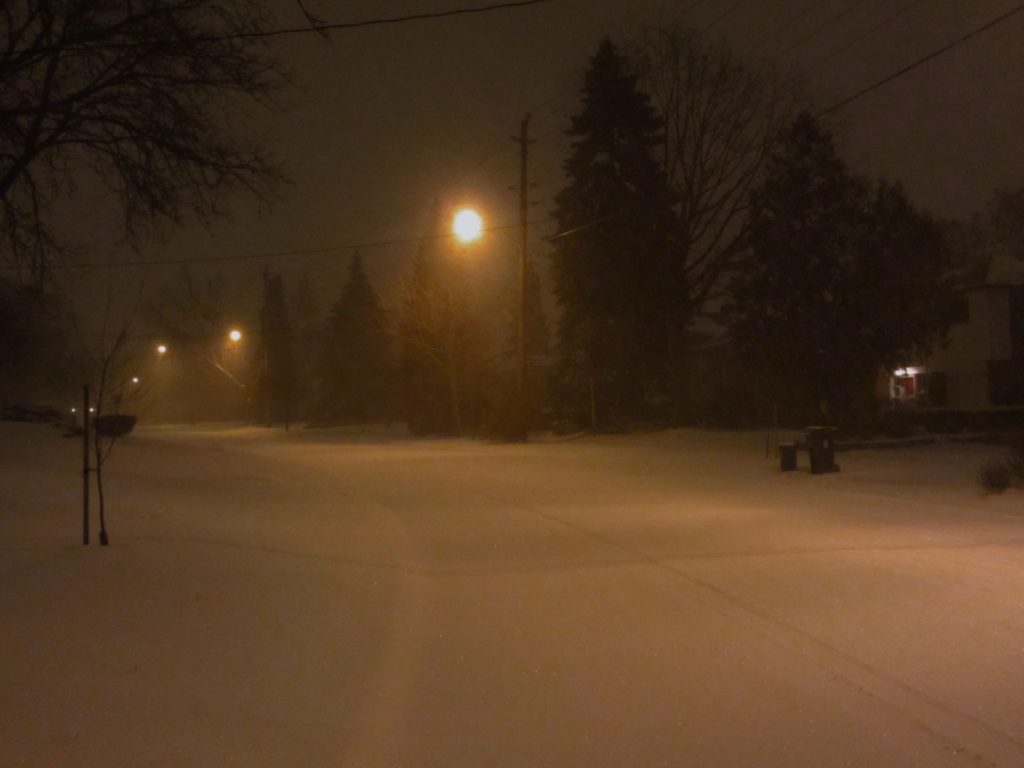 We’d been lovers for two weeks and four days and that night was our last together. It wasn’t a big deal that it was our last night, it just was. I was leaving for South America two days later and the thing we’d shared had been fun and carefree, its end in sight from the start. I’d met him at a Christmas party and was initially oblivious to him. “You haven’t even noticed him looking at you,” said Vera. I glanced around. “No, not him; him.” We went home together that night.

Now, 18 days later, I find myself leaving his apartment close to midnight, the black above and white below cut only by low yellow lamplight, the silence severed by the occasional car on the Gardiner Expressway. Beneath my arm, a bottle of wine; in his gloved hands, two glasses. We hit the bridge, cross Lake Shore and wind our way through the trees towards a clearing on the edge of the lake, which is frozen as far as a nearby light will show. He kicks the snow out the way and tells me he’s going to build us a fire.

Not for the first time: You can’t be serious.

I watch in disbelief as he gathers snaps of twigs and cracks of branches and piles them on the wet earth and, someway, somehow, sets them alight. Rounds of larger logs serve as stools and we sit, gazing with the eternal fixation of all fire gazers, drinking and talking, our knees touching, while through the darkness the lightest of flakes settle on our shoulders.

I remember nothing of our conversation. I remember only the scene, as if viewed from some distant space: lovers side by side in front of a fire next to a frozen lake beneath a gentle snowfall. And I remember the sudden flash of the fire engine’s lights, the firemen who were disappointed to find no arsonists and who only asked politely that we douse our flames. Our fire-for-two must have been visible from the nearby flats and, what with all that snow around, was clearly a hazard. This, after all, was love in Canada.

Love? Two weeks in? And something so lighthearted? That night: yes. A type of love. A transient love. But, fleetingly, love. 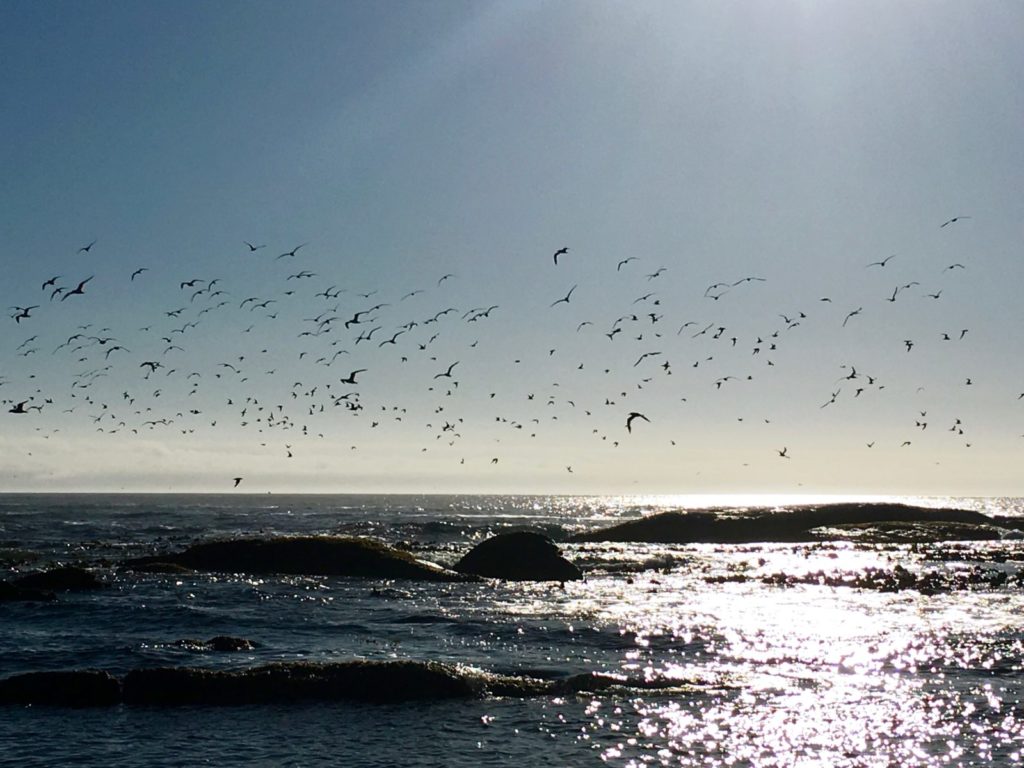 The years pass and I am sitting at a restaurant with a man I barely know. I wear a dress with red flowers on it and the choice strikes me as poor: it’s likely that I’m blending into my dress the more he looks at me and the more I blush. We share intimacies quickly, all too aware of the one-night-only nature of this arrangement: he flies out of the country at midday tomorrow.

Our connection is only a month old, less in fact. And in that time, we have seen each other a handful of times at most. A flurry of interactions in the beginning – interactions that include a grassy hilltop on a wine estate; a just-before-sunrise swim with a dozen friends; a rustic bedroom at the end of an orchard and a beer, just the two of us, that made all that had already passed feel different somehow, less casual, imbued with gravity – and now this.

I wake to a world light and bright. He sleeps starkly beside me, covered by nothing. Even in the almost-dawn, the summer heat has settled into our bones.

Over breakfast, I sigh awkwardly. “Did I admit my love to you last night?”

He boards a plane bound for a life elsewhere. It is what it is. Quickly, the past tense: was what it was. 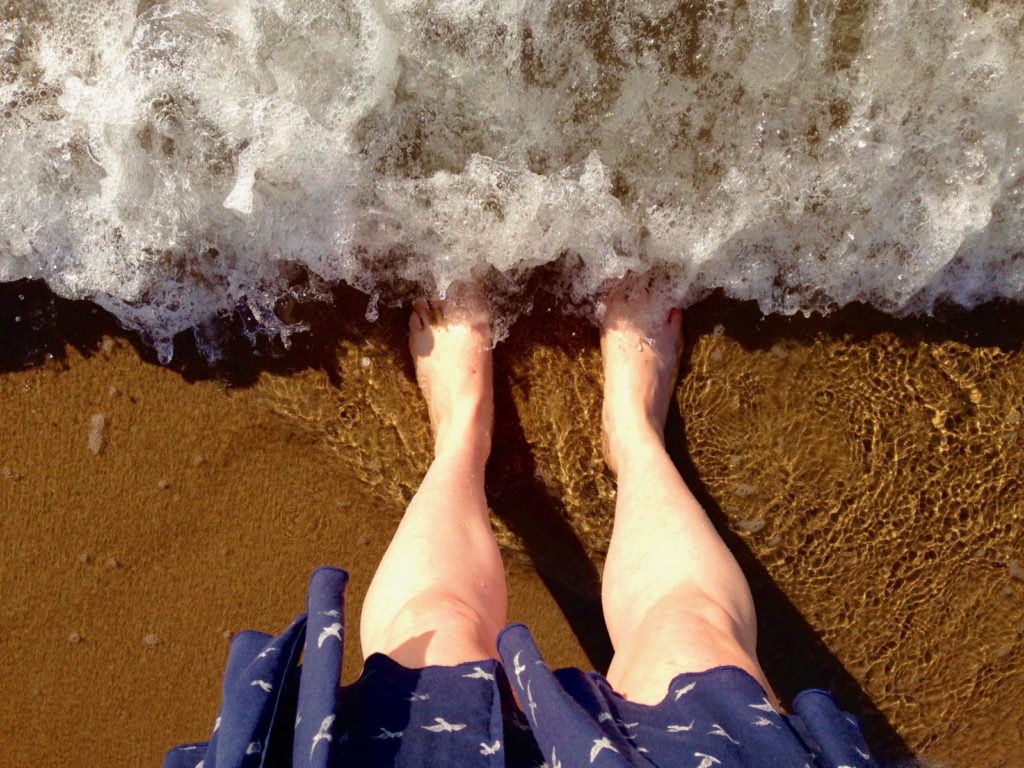 Another city, another time, another human being. We haven’t seen each other since a chance encounter in an airport’s domestic terminal years before, both of us heading in different directions. But now we find each other in the same place quite by accident and speak easily over a double-shot cappuccino and a cup of too-milky tea, neither of which were our first requests. A friendship instantly revived and promises for a beer later that night quickly secured. Tea and coffee just doesn’t cut it.

I’m surprised at how self-consciously I shower that night, how deliberately I dress. But this is nothing, I tell myself, tracing my eyelashes with mascara: a beer, a catch up with an old friend, long overdue. Nothing more.

And it is, just a beer. Except it is multiple beers, and tequila and Jäger too. And it is laughter and connection, a closeness I hadn’t suspected and an attraction I’d ignored. In hindsight, both had been there all along. I had decided not to read anything into the amount of times I touched him over coffee – I’m just affectionate, it’s how I relate – but I am aware of how we touch now: a meeting of hands across the table, a lingering.

He makes the most cursory comment about nudity and water and I am a woman obsessed. Such a suggestion, for me, always guarantees the thing itself. The morning’s early hours bring a flash of flesh as we scamper into the water together. We swim delightedly. For a body that can be such a source of anxiety and insecurity for me, its inhibitions are quickly shaken when I find myself near water. We return to my place, shower for warmth with a shyness we did not have a moment ago and end the night as the day began, with coffee and tea, but with a stunned silence this time.

“Was that okay?” he says, sensing the shift in mood. “The shower?”

What I don’t say: the impossibility of this.

On the edge of the bed, we embrace and we kiss. And he leaves. 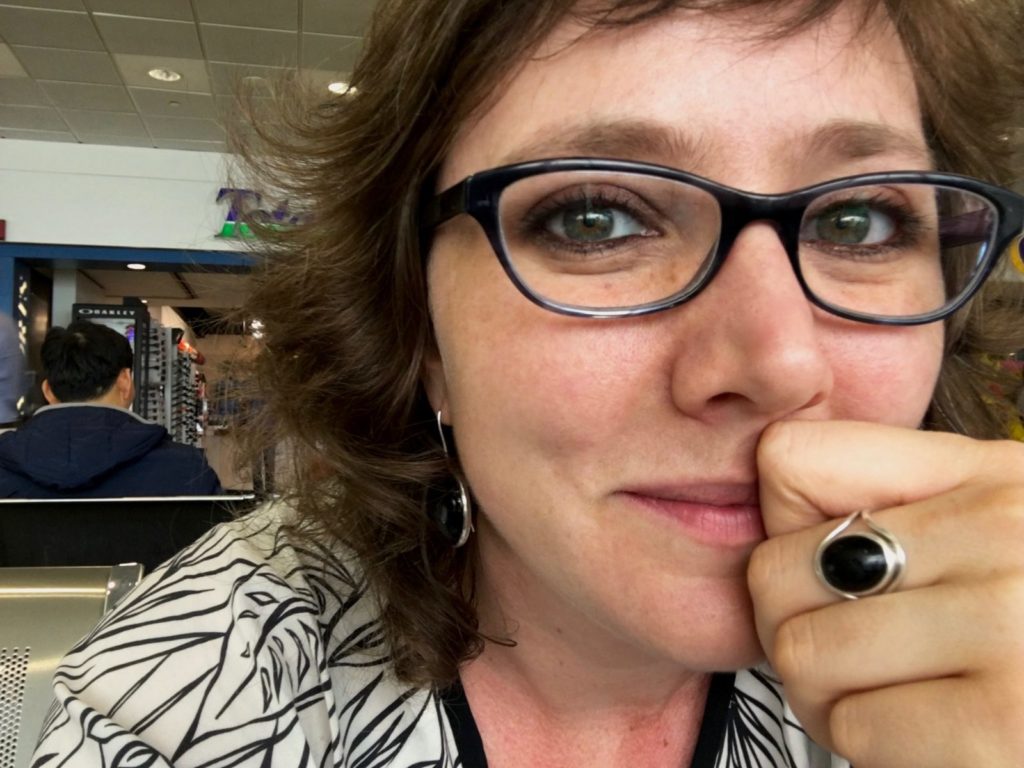 There is joy to be found in transient love, I think. A delight in the surprise meeting of fingertips and kneecaps, heads and hearts. A disbelief in its very existence, even as it exists. Such interactions have taught me about time, how it can hang in perfect suspension like molecules of mercury, and how it can take flight like a flock of seagulls. And these interactions have restored my faith in love, although only momentarily.

Of course these experiences come, more often that not, with an emotional hangover, with a reminder of the necessary masochism involved and an aftertaste of self-loathing. Was it worth it? Did we need the what-if-ing and if-only-ing that followed? Should we have bothered at all, when its transience was so certain? Was feeling all that fierce curiosity-attraction-eroticism-love-loss a fortunate thing, a thing of fortune?

Yes, I think. Every time.