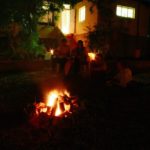 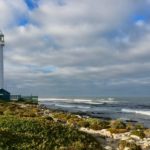 Having what you never had: on family and nostalgia
Iceland
Stykkishólmur to Mývatn
March 7, 2017 by Cassidy Parker in Iceland

The road before me was slick with mud and steeply cambered on either side. I turned off the radio, suddenly too loud; tightened my grip on the steering wheel, suddenly too smooth; and licked my lips, suddenly too dry. 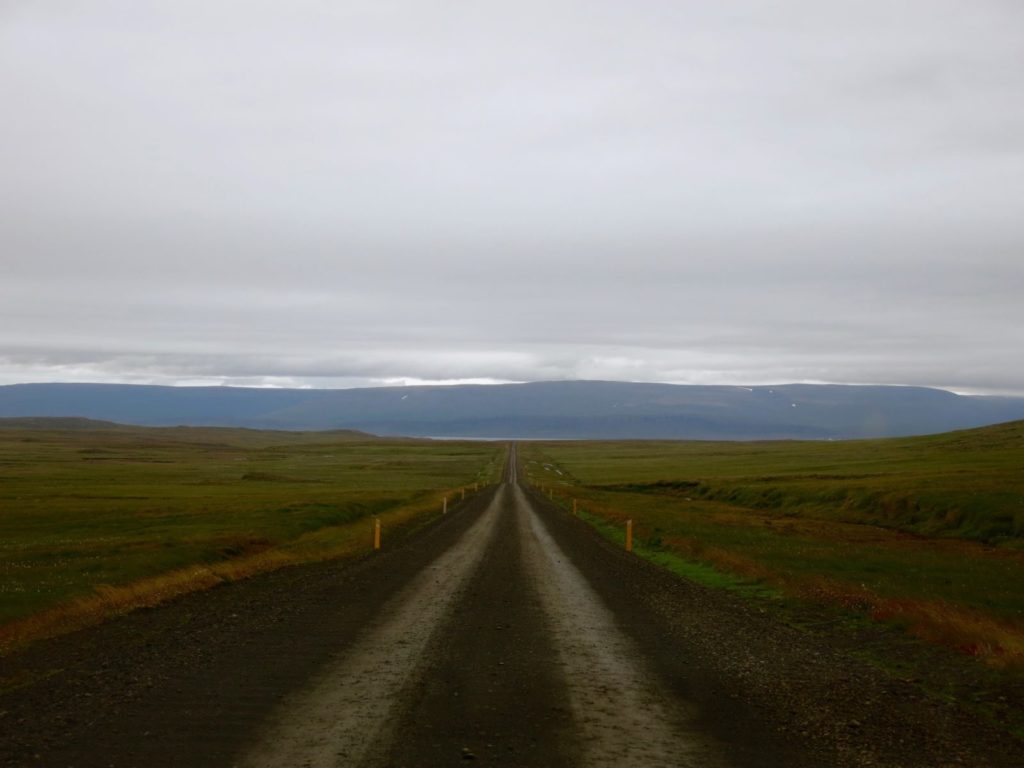 A level, dry stretch, and one of the few opportunities I had to take a photograph

Some of my anxiety was just a decade-long hangover of a car accident I was in when I was 20. I know how quickly these things can happen: on the road one moment and clambering out the passenger window 30 metres off the road the next, the car on its side, the engine dead, one back wheel spinning. The rest was a mental checklist of the things I didn’t have: a working cell phone, a rudimentary knowledge of Icelandic and enough money to pay the excess on my rental if I drove into a ditch. What I did have: a GPS (not particularly useful at this point, there were no other roads insight; if I wasn’t on this road I wasn’t on any road at all) and my sense of adventure (I told myself bravely in the mirror). The road, perilous as it was, beckoned.

But that’s not where this day began. It began the same way as day one: with a wrong turn and a world of fog. 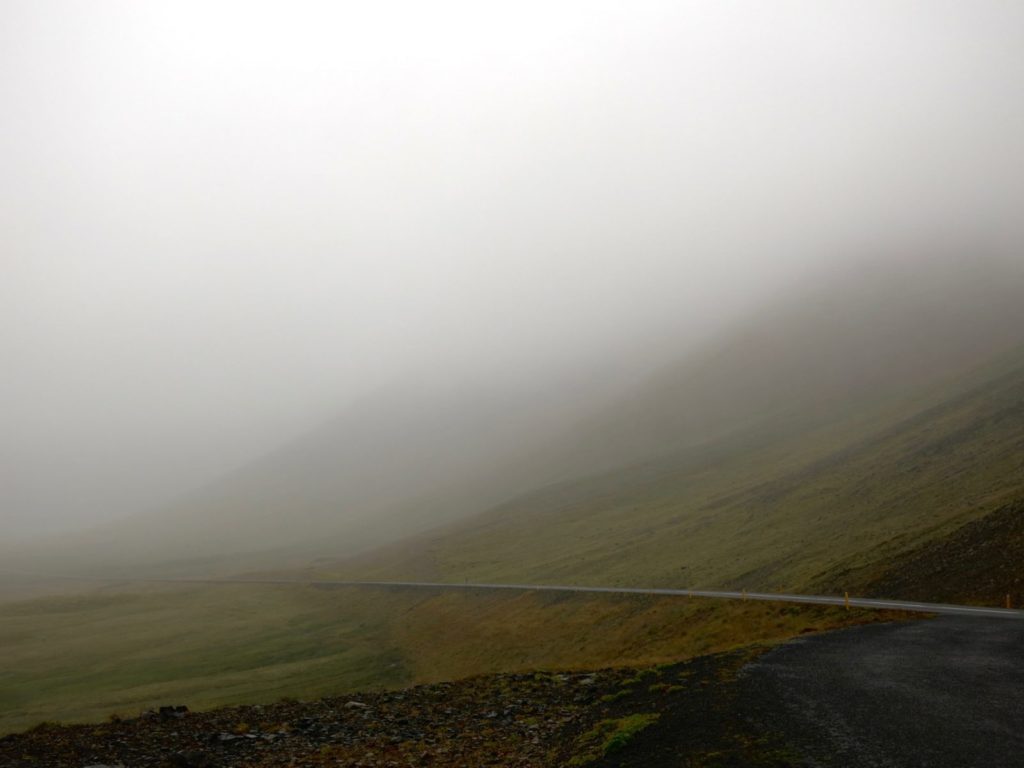 Not quite the views I was hoping for

So convinced was I that the fog would lift when I woke up in Stykkishólmur on day two of my road trip around Iceland (the fog doesn’t lift in this place, I learnt, not until you’re not paying attention anymore), that I turned right at the fork instead of left. Though foolhardy, my route was deliberate. I was attempting to journey to the centre of the earth, or at least to the volcano, Snæfellsjökull, where Jules Verne’s adventurers began such a journey. The Snæfellsnes Peninsula on which the volcano is found, I was told, was beautiful. I can’t verify this, however; I saw nothing. Admitting defeat and having lost an hour each way in the process, I turned around, and began my journey to Mývatn, a lake in Iceland’s north east.

Part of the drive, which took 10 hours from tent zip to tent zip, involved my anxiety-inducing road of mud.

First gear. Second. Third. No, too fast, back to second. And then, third for longer, fourth, and the return of the radio (there was great solace to be found in the fact that I hadn’t yet lost radio signal – I wasn’t as off the map as I thought I was). My grip relaxed and I started to enjoy driving along a road that offered mountains and volcanoes and lava fields (and sludge) for company.

The end of the road – and tar at last

The muddy road survived (with furious glee), my journey continued. To a small fishing town where I ate peanut butter sandwiches for lunch and through Akureyri, Iceland’s second largest city with a population of just 20,000 people. I detoured to Goðafoss, a waterfall where pagan statues were destroyed in the year 1000 after Christianity was declared Iceland’s official religion, and stopped at a place that I thought was a remote guesthouse but, judging by the family sitting around the table when I knocked on the door, was actually someone’s home. I was invited in warmly when I asked to use the bathroom. 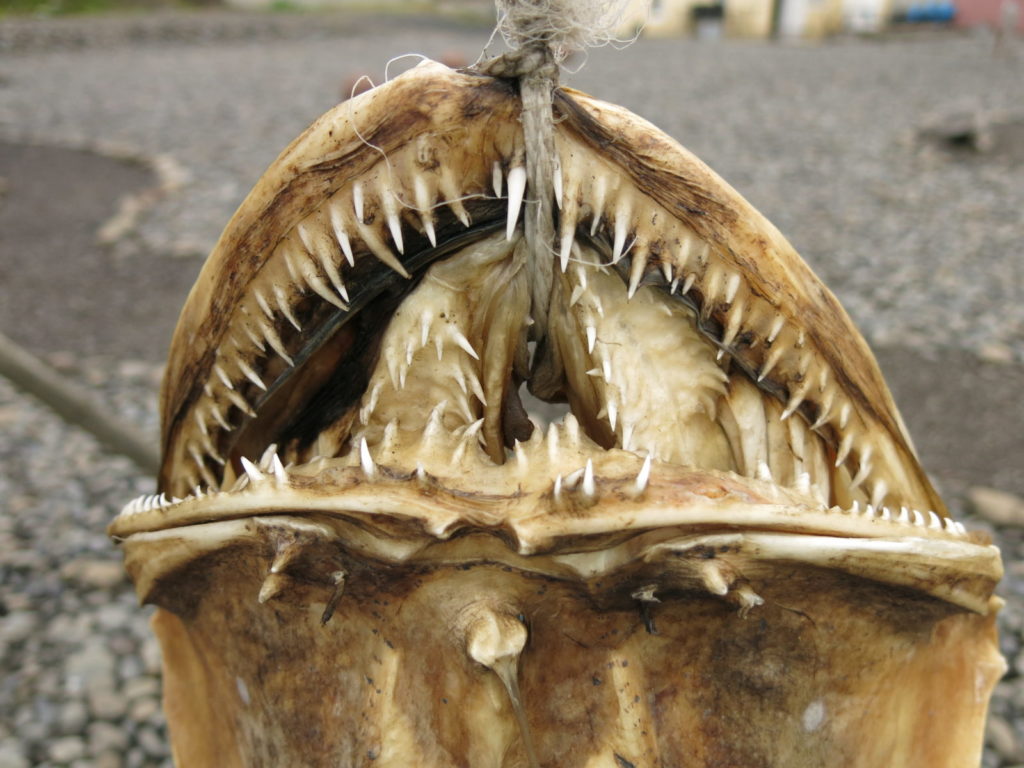 Dried fish hung by the dozen in the small village of Hvammstangi, where I ate my lunch 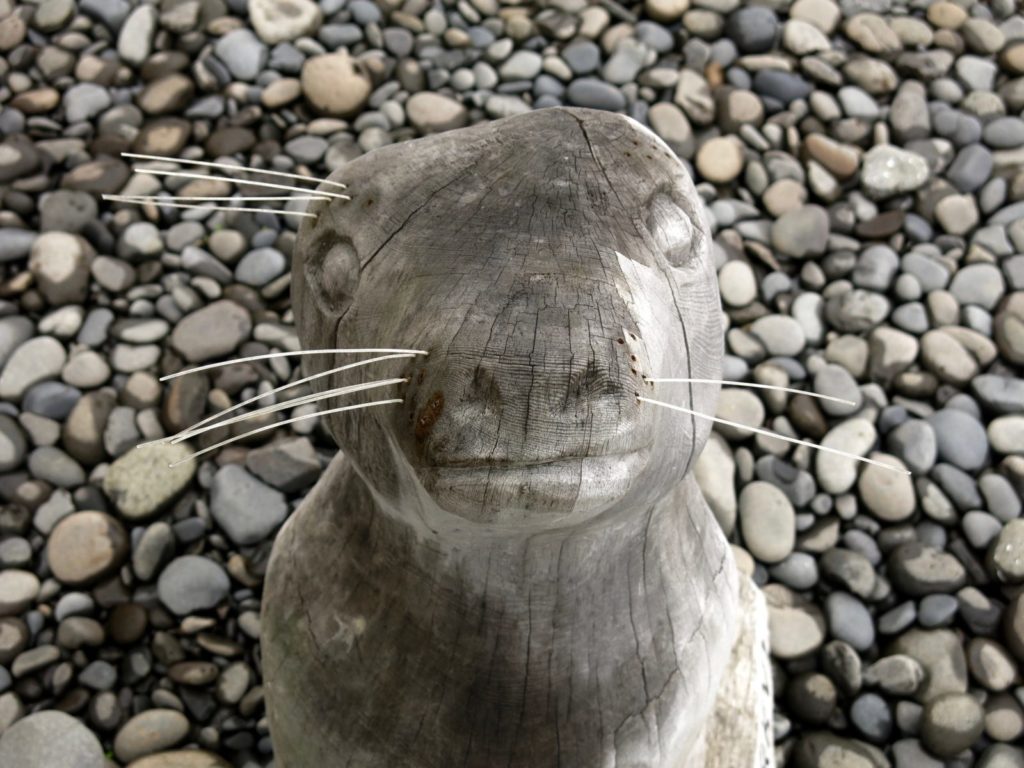 Making friends along the way 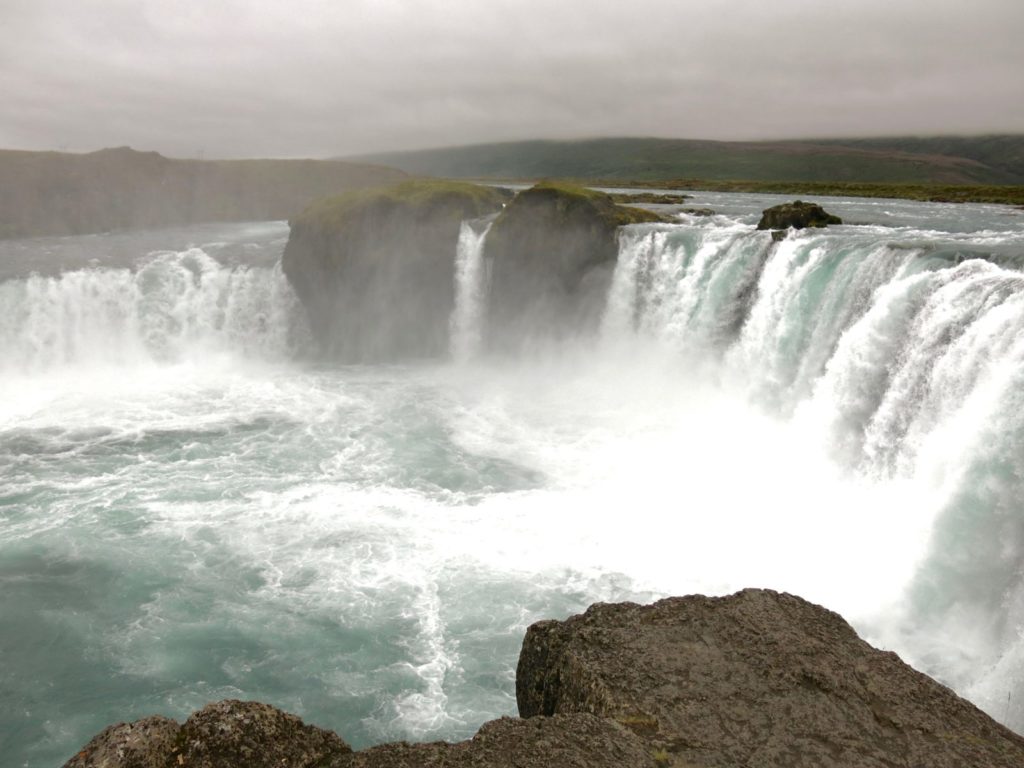 The waterfall of Goðafoss

I put foot to pedal around corners so gentle and continuous they felt like I was tracing the edges of the human form. I watched my thoughts, contemplating how severe my feelings of anxiety could be at times, how much I was prone to furious internal fretting and self-criticism. I noticed how quickly these feelings subsided if I persevered just a little. I listened to the news in Icelandic and pop songs on a radio station with the frequency 957 – I played with the pronunciation aloud: nine five seven; níu fimm sjö. 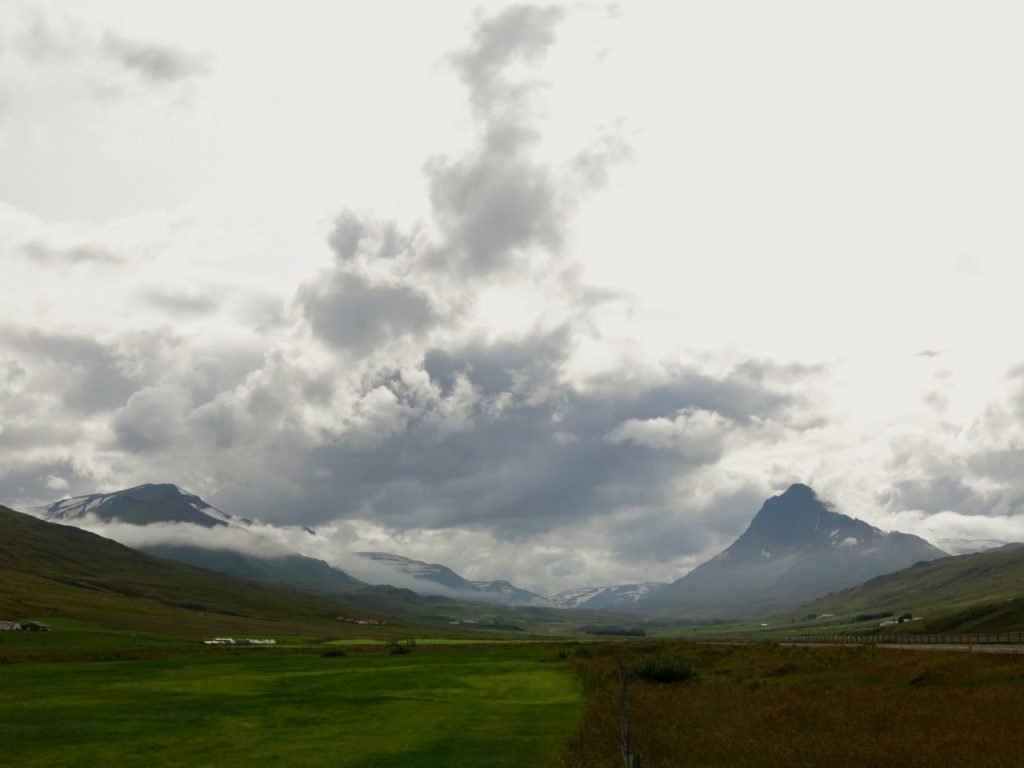 Every moment offered a vista more dramatic than the last

At dusk, around 10pm or so, my green tent set up just metres away, I sat on a bench on the edge of Mývatn and watched the sun go down (the skies having cleared just when I least expected it). The midges cleared too (Mývatn mean lake of midges), the ducks chattered and I wrote a few pages in my journal that ended with the words: I am exactly where I need to be. 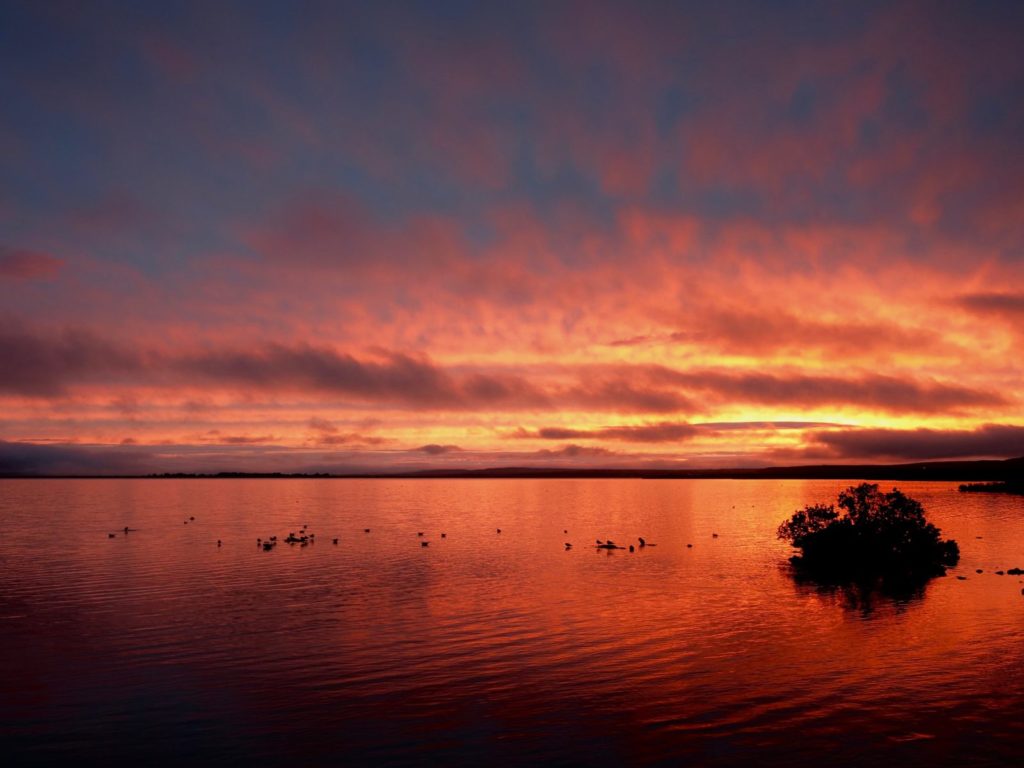 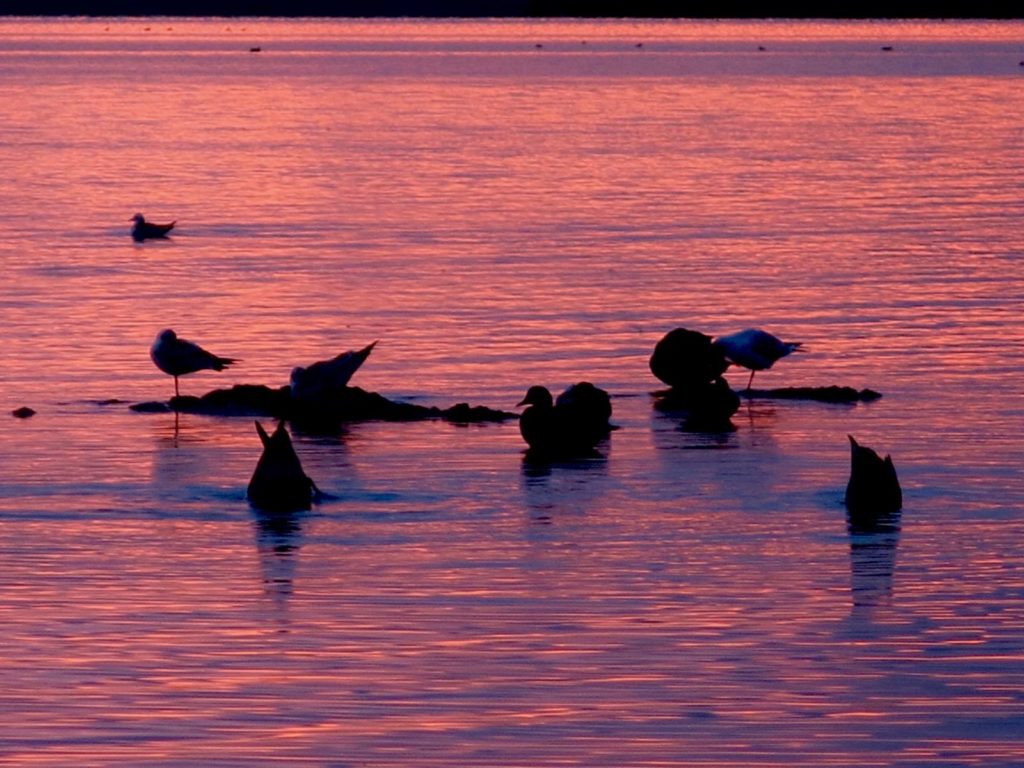