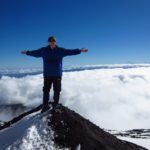 Ups and downs, highs and lows 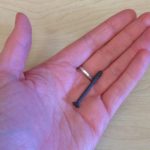 A screw loose
Canada
Learning, loving, leaving
May 22, 2013 by Cassidy Parker in Canada

Another warm, blue-skied autumn day swallows Johannesburg whole. I have been back in South Africa for two weeks and it has been a little over a year since I first arrived in Toronto – on a similarly warm, blue-skied day. Johannesburg’s autumn and Toronto’s spring are more alike than I would have suspected, though this overlap is short-lived, and soon our temperatures will fall into the teens as theirs soar into the deliciously sticky 30s.

Looking back over the spring, summer, fall and early winter I spent in Canada last year, I realise that all of the hopes and expectations I didn’t know I had were surpassed. I had planned to spend some time with my family and to give life in Toronto a chance, but had no idea what that really entailed. At the end of a year, I simply intended to return home. What an abstract word that has become.

I could never have imagined that being with my family for such an extended period of time would have the impact it did. I learnt how it feels to be a daughter, a step-daughter, an older sister, a younger sister, a sister-in-law, an aunt. I found a family I always had without really realising that I had it – or what that would mean, what love and support I would feel, what sense of belonging.

I learnt how frustrating and demoralising being unemployed can be. How lonely a big city is when friends are few. And how quickly these maladies are cured by a few pennies earned in local currency and by finding some truly wonderful like-minded people. People. That’s all that any of this is really about.

Late one night, dad sticks sheets of music together for an upcoming rehearsal

Claire (then age one, soon to be two) has her first taste of chocolate

Callum and Nora getting their thrills at Leo Lake, three hours from Toronto

I learnt how to salsa – well, I made it up mostly, but I did it with enthusiasm. I learnt to accept that $7 (R63) was a reasonable price to pay for a glass of wine in the city, an amount that would buy you a pretty good bottle in South Africa. In summer, I learnt the joy and beauty of cottage living. In winter, I learnt (too many times) how quickly colds spread when you spend two hours a day crammed into a subway car. I learnt to know and love Toronto – its busy streets, its quaint streets, its buses and streetcars, its sunny parks and waterfront boardwalks, its endless variety of food, music and dance floors – and I learnt to call it home.

The names of Toronto’s subway stops echo in my head now. And I realise how much I loved living in a city that doesn’t use numbers to designate its streets, instead using words I have never heard elsewhere, words I could swirl around in my mouth as I counted down to my stop: Pape, Spadina, Ossington, Dufferin. That said, I also lived in Toronto long enough to earn the right to complain about the public transport – especially when the buses let me down late at night with only snow and ice for company.

With so many lessons learnt and so much love formed, I was surprised at my emotional sobriety on the day I left. But leaving just felt like a natural transition, another shift. And it was easy to say goodbye when I knew with certainty that I would be back.

On New Year’s Day, I woke up in a friend’s apartment in the heart of downtown Toronto. There were five of us left standing – and by standing, I mean sprawled thick-headed and fully-clothed on a pull-out bed and a mattress. We moaned, laughed at the night’s festivities, used up our host’s toothpaste, watched some infomercials and went to find some breakfast – at 1:30pm. Walking along Queen Street West, braced against in the biting wind offered by the first day of 2013 and ice crunching underfoot, I looked up to see a not-so-subtle sign I had never noticed before.

I’m not sure I’ve changed. But I think Toronto helped me to grown up. Just a little.