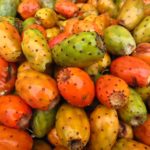 Food for thought, thoughts on food 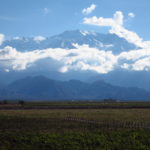 Serendipity and viticulture
My writing
A slice of life in Lima
March 28, 2013 by Cassidy Parker in My writing

They call it la garúa. Today, it swallowed Peru’s largest city whole. A dense, white fog that hid the tops of even relatively low buildings, that concealed the ocean and even seemed to make its salty scent disappear, that allowed the sun’s heat to radiate through but not its rays. Wisps of fog drifting through the city at body height distracted me from my book as I ate my lunch.

Lima. Peru’s capital. A city of nine million people, known for the earthquakes that have repeatedly razed it to the ground over the last five hundred years, and for the economic and political turbulence that have rocked it in the last thirty. Word on the travelling street is, you either love it or you hate it.

For the last three days – brief, but busy – I have been intrigued. Intrigued, despite the fact that its unstable ground has led to the destruction of many buildings that would have made it as architecturally impressive as Buenos Aires, and despite the fact that it seems to have lost its traditional roots a little – unlike Bolivia’s La Paz, where country women with long plaits, bowler hats and colourful skirts walk shoulder-to-shoulder with their skinny-jeaned city companions. But I like Lima’s unapologetic attitude, its rawness – its take-me-as-I-am-ness.

Lima by night, with a full moon centre stage

That said, Lima has earned its reputation as a dangerous city and there are certainly rough parts. Crime – both petty and serious – is a reality. For this reason, tourists often express hesitation about travelling here, and some skip it completely. But after only a few minutes of hitting the taxi-jammed, people-hollering streets of downtown Lima, I remembered a comment made by a friend of mine when he heard about the dangers of Bangkok: ‘Whatever, I’m from Joburg, bru’. I relaxed, soaked up its mayhem, and bid goodbye to the markets and energy that have dominated the last two months of my life. Bolivia and Peru have been nothing short of magic.

Tomorrow, I fly to Santiago, and then hop over the border to Argentina to visit a friend in Mendoza (madness: three countries in one day). Easter will involve a few glasses of the region’s justifiably famous malbec, I have no doubt.